Volunteers from Primera Engineers have once again teamed with our friends at Muller+Muller Architects to participate in Canstruction Chicago’s 10th annual event. This year’s event raised more than 100,000 pounds of food for the Food Depository’s network of 650 soup kitchens, food pantries, shelters and programs throughout Cook County. The design-build competition is the Food Depository’s largest one-day food drive of the year.

Primera and Muller+Muller’s team collaborated to build “The Tin Throne,” a can replica of the Iron Throne from the popular television show Game of Thrones. The structure contributed 3,000 cans of diced tomatoes and tomato paste to this year’s food drive that will help feed Chicago’s hungry. Volunteers from both firms began planning for the structure in April and spent the three months leading up to the August 10th Build Night designing, modeling and fundraising for the massive can throne. Primera has had the pleasure of partnering with Muller+Muller for the annual design-build event seven times in the past nine years.

“Canstruction is a unique opportunity for AEC firms to give back,” explains Matt Dvorak, Primera’s Director of Marketing and 2016 Canstruction Chicago Co-Chair. “More than 40 of Chicago’s leading architecture, engineering and construction firms are able to collaborate and showcase our expertise in creative ways by participating in an event that helps raise awareness for hunger issues and feed the 1 in 6 hungry men, women and children of Chicago. There’s nothing like it.”

The 16 cansculptures are on display throughout the first floor of the Merchandise Mart between August 11 and September 6, 2016. More than 250 people gathered at the Merchandise Mart last night for the annual awards reception. Winners were chosen in the following categories: Best Use of Labels; Best Meal: Structural Ingenuity, Most Cans Used, Judges Favorite, Honorable Mention and the coveted People’s Choice Award.

Canstruction Chicago is a design/build event which benefits the Greater Chicago Food Depository. Teams comprised of professionals from the AEC industry fundraise for, design, and build structures composed of non-perishable food items. Canstruction, Inc. is a nonprofit organization, founded in 1992 and headquartered in Atlanta, Georgia. Events are hosted around the world to help raise awareness of hunger issues through the creation of structures made entirely out of canned food. In total, over 300 cities have hosted Canstruction events with more than 45 million pounds of canned food donated to local food banks since 1992.

Check out the video the team at BuildWorlds put together to highlight this year’s event. 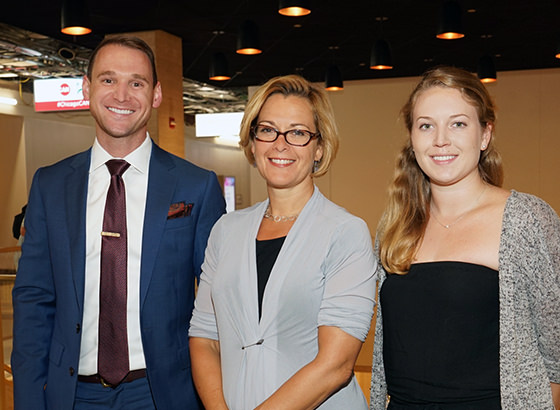