The finite element method (FEM) has become an indispensable modern tool for mechanical and structural engineers. It is difficult to imagine an engineering firm that doesn’t have access to one of the many available FEM commercial codes. Modern commercial FEM codes have become very sophisticated and allow for the development of complex 3-D models with relative ease. Unfortunately, the ease of use of these sophisticated codes may lead the unsuspecting user to assume a higher level of understanding of the complex theoretical underpinnings of the finite element method than actually exists. Leading to this situation is the fact that many engineers graduate without ever taking a course on FEM theory, yet make use of the method on a daily basis. Needless to say this situation is fraught with danger.

Primera structural expert Eduardo DeSantiago has written the first white paper in a series that attempts to introduce some of the rich and complex theory that forms the foundation of the finite element method of analysis. Intended for young engineers, he hopes that his introduction will stir an interest in developing a more fundamental understanding of the method if it doesn’t already exist. The ideas to be presented have been developed through several years of graduate study, research, and teaching in finite element analysis for Eduardo. Many of the topics to be covered come directly from graduate courses taught on FEM at the Illinois Institute of Technology. 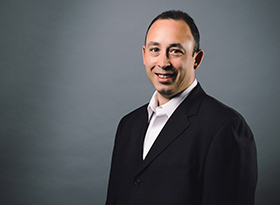