LEGO in the Workplace: How the Beloved Childhood Toys Gave Our Employees a Voice in Strategic Planning
March 1, 2017

Early in the planning of our 2016 all-employee year-end meeting, our team knew that we wanted to do something unique. This is an exciting time for Primera; we’re in the midst of a transformational period as we approach our 30th Anniversary in just a few months. We were looking for something engaging, something to unite people across our various departments and disciplines, and something that would give people a voice in the strategic planning for our future. We ended up with nearly 200 adults playing with LEGO®, and it was wildly successful.

The assumption is that LEGO bricks are meant for kids. Prior to December, I may have agreed, but that’s not true anymore. LEGO developed Serious Play® to enhance innovation and business performance centered on concepts that originated more than 20 years ago. They define Serious Play as “play with an explicit purpose.” It’s about imagination, exploration and preparation, not implementation. Based on research which shows that hands-on, minds-on learning produces a deeper, more meaningful understanding of the world and its possibilities, LEGO Serious Play methodology deepens the reflection process and supports an effective dialogue – for everyone in the organization. It is designed to connect purposes between the organization and the individual and break habitual thinking.

Primera is not your run-of-the-mill engineering firm. I truly believe our people are special, but I’ll openly admit that I was skeptical when we decided to integrate LEGO Serious Play methods into our day-long meeting. I’m a marketing professional and creativity is my natural state, but we were talking about taking a team of engineers and having them play with children’s toys for an afternoon. I was wrong. The LEGO Serious Play method may utilize beloved toys from our childhood, but the process is incredibly engaging, creative, imaginative and most importantly, insightful. It taps into the human ability to imagine. Introverts and extroverts, young and old, we all learned from this experience.

While the LEGO Serious Play method is relatively simple in theory, the execution is best left to a professional. We enlisted the help of Ellen Moran, PhD of Leadership Dialogues, LLC. Ellen is a business psychologist, executive coach and a Certified facilitator of the LEGO Serious Play method. She and her colleague, Greg Bliss, artfully guided us through the process. In a nutshell, the facilitators posed a question and each of us were tasked with building a LEGO model that was representative of our response to that question. It didn’t have to be literal and it didn’t have to be perfect, but we did have to explain it. We started small to get everyone comfortable. Ellen then used a series of outside-the-box prompts to prove a critical theory of hers: we are all creative. We had to explain our initial model in context of otherwise unrelated prompts like online dating, Monday mornings, building information modeling (BIM), and/or submarines. It pushed us to think creatively and showcased that the explanation is far more important than the model. What we built could be anything we described it to be.

As we started to get comfortable and realize that there’s some creativity in all of us, the questions shifted toward our business. That’s where the LEGO Serious Play method really shines. We were asked to build models that reflected what we felt Primera truly excelled at. Many of those models reflected concepts that related to our technical expertise, teamwork, and employee engagement. After that, we built models that highlighted suggestions we felt Primera could implement to provide an even better customer experience. Many of those ideas are already being implemented. From there, we moved to something that Ellen referred to as a “moonshot,” something bold or unconventional that would make us standout or take us to the next level. In each stage, each person at the table had the opportunity to share his or her model and the idea associated with it. Each of those ideas were memorialized on post-its and saved in envelopes to be later shared with our management team. Those ideas are now being directly incorporated into our strategic planning process. At first, I could only speak for my table, but the insights were excellent and the ideas were outstanding. In the weeks that followed, I had the opportunity to read through the ideas that other tables shared with one another, and was impressed to see that they were equally insightful. That was the best part – every employee in attendance had an equal opportunity to share what he or she believed. The last exercise was to outline a single contribution that each one of us would commit to in order to move Primera forward. As with the other exercises, those ideas were collected and shared with our management team.

Lego Serious Play proved to be quite a success for Primera. Never mind the fact that it was a great deal of fun. Our table included employees from different offices and departments that typically had little interaction, but the exercise connected us and made us laugh, a lot. From looking around the room and seeing the photos later, I know that our table wasn’t alone. It brought people together in a playful and engaging way. It gave us a chance to share our ideas with our coworkers and commit to being an active part of the organization moving forward. That’s where the real insight is. LEGO Serious Play gave everyone a voice, introverts and extroverts alike. It is designed to get away from only hearing the loudest voices. All nearly 200 hundred of us had an equal opportunity to share and impact our future, which built trust, shared goals and unity. 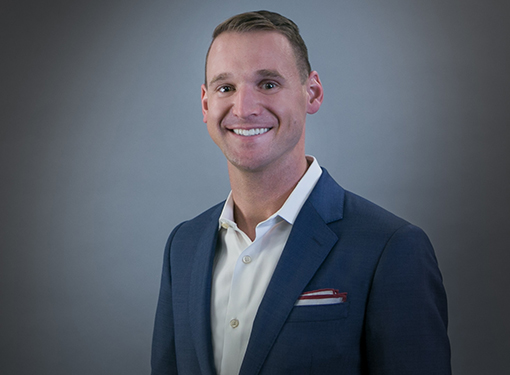 Primera employees engaged in LEGO Serious Play at our 2016 year-end meeting in December.

About the Author
Matt Dvorak
Director of Marketing + Communications

Matt was an integral part of the planning efforts for Primera’s 2016 employee meeting. He has nearly 15 years of experience building and leading marketing teams in the AEC industry. He and his team are responsible for the development, management and execution of Primera’s comprehensive corporate marketing and communications program.