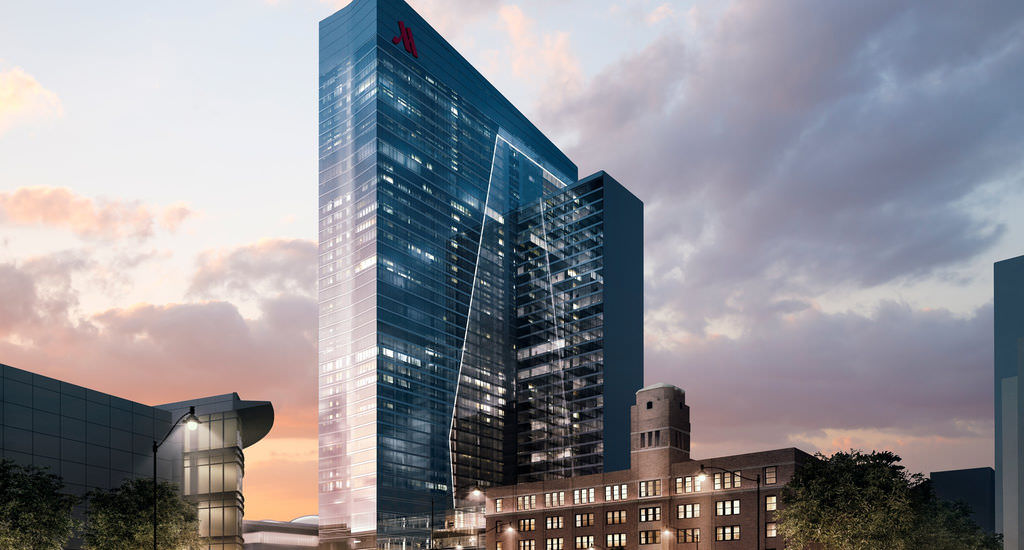 Primera is excited to announce the September opening of our 1,205-key Marriott Marquis Chicago project, the largest hotel to open in Chicago this year, and the largest Marriott to open in North America in 2017. Primera was a proud member of the design/build project delivery team that brought this project to fruition.

The Marriot Marquis brings 1,205 guest rooms, including 44 suites, to the growing entertainment and convention district of McCormick Square. The property is directly connected to the country’s largest convention center, McCormick Place, and is adjacent to the new 10,000-seat Wintrust Arena, also a Primera project.

In addition to guest rooms, the Marriot Marquis boasts 93,000-square-feet of high-tech meeting and event space, including two 25,000-square-foot ballrooms and 43,000-square-feet of breakout meeting rooms. The hotel and meeting spaces provide a nearly infinite combination of flexible event space options. Located near the lakefront and two blocks from the Green Line ‘L’ stop, guests can experience Chicago’s many attractions; such as Millennium Park, Navy Pier, and Soldier Field. The hotel features the signature Marriott Great Room lobby with a Grab ‘n Go marketplace, 24-hour fitness center and business center. Views from the hotel’s rooms will remind guests why Chicago is a city like no other. 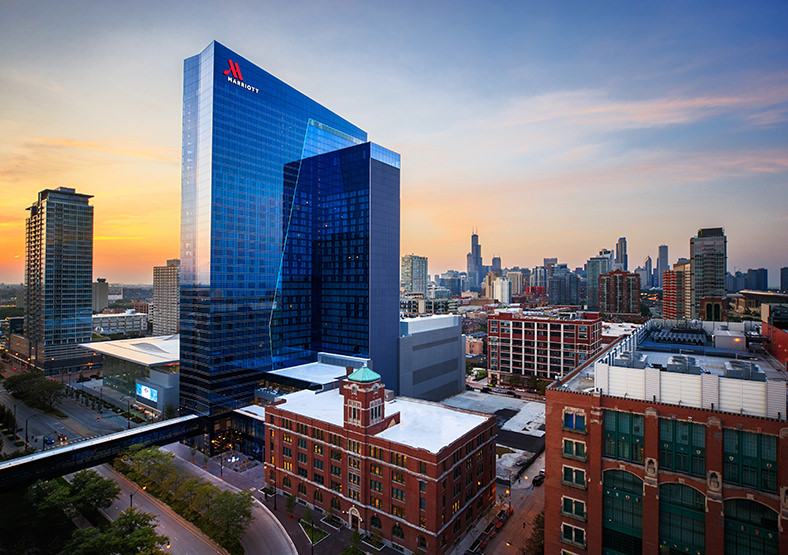 Primera was a proud member of the design/build project delivery team that brought the 40-story, 1,205-key project to fruition.