UPDATE: On Friday, August 2, the Office of the Illinois State Fire Marshal issued a statement withdrawing the proposed fire sprinkler changes. The official press release can be found at: www.sfm.illinois.gov

The Office of the Illinois State Fire Marshal (OSFM) is in the process of updating to a newer version of the National Fire Protection Associationâ€™s Life Safety Code (NFPA 101) and using the update to incorporate more stringent amendments into the State requirements. This article will discuss this immense debate and the implications of the changes within the City of Chicago.

As engineers, architects, and designers, we strive to integrate the client’s needs and budget with the safest design possible.  But how do we know we are accomplishing that?  The first response to that question typically involves something about a code compliant design at a minimum.  Great!  So what codes are applicable?

According to a letter that OSFM recently issued to all local municipal authorities, there has been a gross misunderstanding or lack of knowledge about the reach of the State laws regarding the applicability of the State-adopted life safety code.  OSFM currently adopts the 2000 version of NFPA 101 Life Safety Code and states the position that this code is, and has been, applicable statewide, despite home rule government status in Chicago or other municipalities. The State is now moving toward adopting the 2012 version of the Life Safety Code, and adding some stringent amendments in the process.  The laws will not be vetted by the full Illinois legislature as this type of change can be made through the Joint Committee on Administrative Rules (JCAR).  As a result, objections have been pouring in from municipalities statewide, including Chicago.

The City maintains that it has enacted codes that provide an equal level of safety to building occupants, and that it has done so without placing undue hardships or unreasonable expenses on building owners and tenants.  There is concern about some of the strict amendments OSFM has proposed.  In the opinion of many interested parties, these amendments will present undue hardships on many building owners without materially increasing safety.  Some of these amendments would require, for example:

Many are questioning the effect this could have on various facilities.  For example, how does this impact the small church that cannot afford to install a sprinkler system in its sanctuary, or the condo owners who just invested heavily in alternative life safety systems in lieu of sprinklers to comply with Chicago’s Life Safety and High-rise Ordinance?  Another concern that has been expressed is the manpower necessary to enforce these new requirements.  These are legitimate questions that need to be addressed and resolved between the State and municipalities.

We as design professionals are now left scratching our heads too.  Chicago has never enforced NFPA 101 Life Safety Code and it issues the permits for our work.  The State, however, issues our professional licenses.  We are under contract with owners to provide a design that complies with applicable codes and standards, and OSFM has now proposed an amendment which makes architects, engineers, designers, and contractors responsible, along with the owners, to ensure that their buildings meet or exceed the requirements of the Life Safety Code.  What will the implications be regarding liability?  One possibility would involve architects and engineers making a comparison on a per-project basis of the different impacts of the two codes for owners, and documenting owner concurrence when they decide to defer to the local municipality.  However, that may carry increased liability exposure to the design professional when trying to answer the question, “…and why exactly did you choose to ignore the State code?”  An alternate approach might be to practice “safe medicine” by applying the strictest requirements of the State and local codes, but that would clearly have significant cost implications.  Nevertheless, in the absence of clarity between the State and cities, this may be the only option.  Architects and engineers contracted separately on the same project will have another layer of coordination to perform in order to ensure all parties on the design team are applying the same codes consistently across the board.

Ultimately, the State and municipalities have the same goal of keeping the public safe, and it boils down to a matter of which path will be taken to reach the same objective.

What is your opinion and how can you weigh in? Both sides of the debate are encouraging Illinois residents to send their comments and concerns to members of the Joint Committee on Administrative Rules (JCAR) as well as Ken Wood of the OSFM before the public comment period ends on August 12, 2013.  Contact information can be found in the informational links section below.

Need more information? Links to documents issued by OSFM and the City of Chicago are also included below in an effort to fully explain both viewpoints.

Communication from City of Chicago 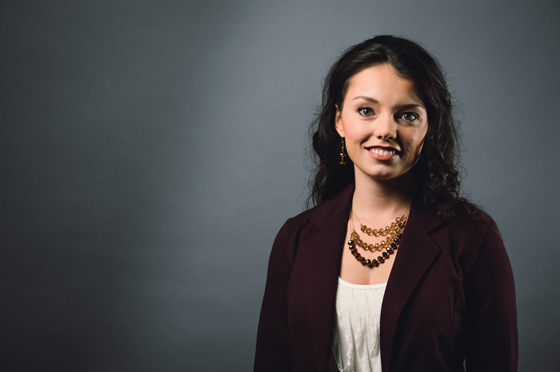 Amanda is a registered Professional Engineer and Certified Fire Protection Specialist. Her work has included engineering, design and construction administration of fire protection systems for institutional, educational, healthcare, commercial, residential, and light industrial facilities. She is also certified in water based fire systems by the National Institute for Certification in Engineering Technologies (NICET).