The Importance of GIS – How the “Where” Became as Important as the “What” for Local Government Leaders
October 15, 2021

Imagine the following conversation between a patient and their doctor’s office, “How do I get to Dr. Wilson’s office?”

First, you take the I-476 Northbound for two miles, then you take exit 42, bear left and go through two intersections and look for the Elementary school sign and make a left, go about a mile more and you will see our office on the right.

“I have a hard time remembering directions. I’ll just use my Waze app; what’s the address?”

Technology is all around us, and has changed the way we communicate and live, but how did we get here? For starters, Global Positioning Systems, better known as GPS, has revolutionized the world with its ability to know the exact position of any object we want to capture on Earth. However, behind the scenes of GPS we have Geographic Information Systems (GIS). GIS is a system for capturing, storing, checking, and displaying the data to these positions, and is the tool that has enabled this navigation to be possible. For example, when someone wants to find a good restaurant nearby they can use the Yelp app to locate Italian restaurants in their area. Tools, such as Yelp, allow massive amounts of information to be easily accessible to users, and all that is needed to run apps such as these is a few data points. In this case, all Yelp is pulling is the location of the customer, the location of the things they’re looking for (restaurants, addresses, etc.), and the information about the connections between them (roads, walking paths, bus routes, etc.).

Now that we have some background on GIS technology, we can look at how it can be used in other applications, such as in local government. While some of the uses have helped people discover new places, such as the example above, local governments are often charged with more difficult and potentially life-threatening issues. For example, 911 alert systems have been put in place in many jurisdictions and are truly life savers. These systems can take the position of a person in need of help, determine the nearest responding fire station, and then route trucks to the area. Another example of GIS use in local governments is with new building construction. Some municipalities have put in place networks of underground facilities where they can see digital maps and locations of gas pipes, water, sewer mains, and buried electric and communications. When faced with plans for new construction, towns can pick the best site and location, based on this information, to build and avoid costly outages and disruptions.

There are clear benefits and advantages of GIS technology, but there are some considerations local governments must also take when making the decision to implement these systems. Cost and time could be a disadvantage to some. Most businesses, agencies, or organizations are faced with limited funds and limited staff who are sometimes overworked and juggling multiple roles at the same time. For places without GIS in place, it can be tough to spend hours a day going to the back of a records room and searching for an old plat map of property boundaries and then calling the water, gas, electric and telecommunications utilities to send over their info for an area in question.  It’s worth noting that there are talented staff members out there that have years of experience in doing this kind of interpretation and vast local knowledge, but many are choosing to retire, and it takes a long time to get a new or less-experienced staff member up to the skill level of these experts. Also, current systems can’t last forever, and newer technologies get easier for the layman to work with all the time. Some local governments may have electronic systems in place, but these can often be more challenging to maintain than paper records if the system is obsolete and operators who understand them are hard to come by. Today seems like one of the best times to improve the speed of essential functions through upgrading to mainstream software solutions either from paper or older obsolete systems.

As you can see, the use of GIS technology is not only a great opportunity to manage your data, but it has a wide range of uses as well. You may be wondering where to get started in developing a GIS. Since the 1960’s countless tools have been developed to understand spatial data, but the best part is that nearly all of these now come in modern packages. The only thing needed to make use of them is to get all your local data in place. As referred to previously, three things are needed to effectively implement a GIS:

It may seem daunting to pull everything together at once and even if consultants are used, the program still needs to be managed and funded. Luckily, GIS can be done bit by bit. Let’s say a city is dealing with bad press causing fewer people to attend events and consider the city when relocating. By gathering the positions of all local parks, venues, and other attractions and the locations of residents, the city can put together a campaign to determine where to invest in new parks and playgrounds to serve the most residents. At the same time, they can also help a tourist see all the concert and event venues in the area. A picture is worth a thousand words, and many find a nice map to be worth even more. Once local governments start to think spatially, many new avenues open and the datasets created can be used in vast ways. If the spark ignites and more data is needed, the world is out there to capture and the more data that is collected the more useful each dataset is.

So, what’s next and what are some tips? There are roughly about four levels in the GIS continuum, and the best path forward will be determined by where you are now.

If you’re sitting in or around Level 1, aim to implement the basics of a GIS system with a limited data collection effort focused on the most important or easily achieved data first. At Level 2, the goal will be to migrate to a more modern, easier-to-use system that will perform well into the future. At Level 3, the system will need to be maintained and either you’ll need to hire new staff or hire consultants to help the system grow. If it’s an older system, I might recommend looking in to whether migration makes sense to make maintenance easier in the future. Finally, Level 4 has similar goals to Level 3, but it is much easier to maintain as the GIS is built on modern technologies. Here, the main challenge will be in acquiring any necessary staff to maintain the system.

In a mobile society, people can very easily choose where to live and work. This has put local governments in a position where they are more than just guardians and providers of services, they are also in some sense competing with other local governments for their tax base and event revenues. GIS was already a good idea to solve issues, provide services, and limit costs. Understanding what your constituents expect when interacting with their local government provides an even more valuable edge by attracting people to your community. 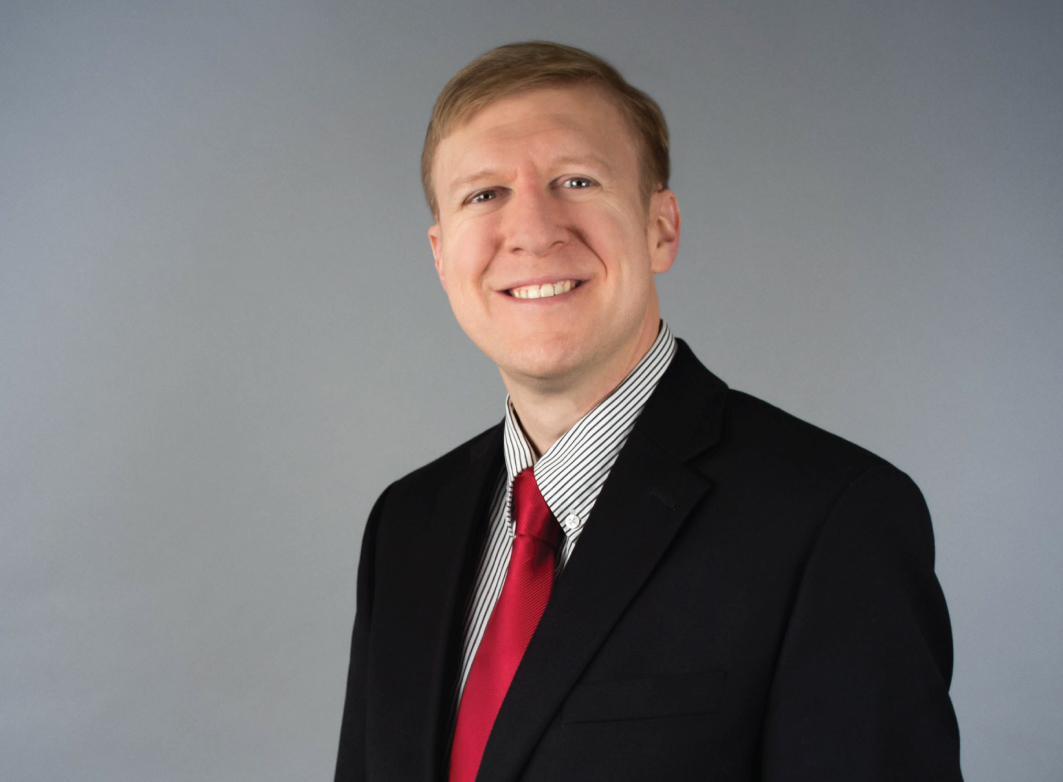 About the Author
Brad Davis, GISP

Brad is a geographic information systems (GIS) and project management expert at Primera. His expertise is the result of 15 years of working with varied private and public clients to develop or enhance their existing systems. Clients served have included utilities, local and state planners as well as environmental regulatory agencies.

Brad excels at applying GIS to consistently exceed client needs and expectations. In addition, his devotion to customer service and attention to detail allow him to adapt and tailor his services to address client concerns and develop solutions to complex problems. Brad received his B.A. in economics and B.S. in geography from the University of Maryland, Baltimore County and earned his M.S. in predictive analytics from Northwestern University.