Primera continues to promote efforts to make us a greener company, in not only the services we provide but also the way we conduct and maintain our business. This is the third analysis since 2009 conducted to determine Primera’s carbon footprint, and give us an idea of where we currently stand. As in previous years, we estimated that the main sources of our carbon emissions from the operation of our business would be due to the following: office electricity use, paper use, water use, and employee commutes. These sources were chosen because they are the main activities and consumables that we have direct control over. Space heating, for example, is something we neither have direct control over nor are our offices set up to measure it. It should be noted that these results are based on our consumption in 2015 for all three of Primera’s offices.

Based on our utility bills, restroom usage estimates, and office paper orders which include all printers, copiers, and plotters, we estimated the consumption of electricity, water, and paper. To estimate the carbon emissions from our commutes, we required input from the employees which came in the form of a survey. Based on the collection of this data, we found that our annual carbon emissions by source are as follows:

The findings were similar to what was reported in previous years. By far the largest contribution to our carbon footprint is due to our daily commute and the choice of transportation chosen. Electricity and paper usage also contribute but water use has a miniscule impact. Primera’s total carbon emissions for 2015 were 1,050 tons CO2 per year. This translates to about 4.88 tons of CO2 per year per employee.

This is the first year of carbon emission results for our Munster office and the data will only serve as a benchmark for now. Lisle and Munster have a comparatively larger carbon footprint than Chicago but this is due to the impact that public transportation access has on these locations: Chicago is centrally located near multiple public transportation modes whereas Lisle and Munster are primarily accessed by personal vehicles due to the lack of public transport options. It should be noted that the Munster results are skewed relatively high on a per employee basis because of the small sample size (2 employees).

What Does it All Mean

As we attempted to put this data into some sort of reportable format, we quickly realized how difficult it was to start making comparisons or even start showing trends. Even with Chicago having completed three reporting periods, the trends are not easy to spot and the obvious realization becomes that the Chicago office of 2009 is not the Chicago office of 2015. This is most certainly true of Lisle that went from an office with a few part-timers in 2009 to 48 employees in 2012 to 121 as of the end of 2015. The Chicago office in that period expanded and remodeled which seems to have resulted in a significant increase in electricity usage, and our Munster office wasn’t even around. And just to make things fun, we decided to add the field employee contribution to the carbon footprint for Primera this year. So with that said, maybe this is just another benchmarking year OR maybe we need to look at our carbon foot print on a per capita (per employee) basis. Below is the historical data for Primera and each office showing the annual carbon emissions per employee for each of the reporting periods for which data was collected: Using a per employee carbon emission rate helps eliminate some of the variability due to the number of employees at any given office. If we look at Primera’s overall historical carbon emissions by employee, we see that our annual per employee emission rate was 3.3 to 3.4 tons CO2 for the previous reporting periods. For 2015, that emission rate jumped to nearly 4.9 tons CO2 but that was due to the addition of Munster and the Field employees in this reporting period, so this may be the new normal. Comparatively, we continue to see that the impact of our daily commutes on our carbon footprint tends to be the biggest carbon emission source but also the one we have most control over. The Chicago carbon footprint is lower than the other offices, as expected, due to the availability of mass transit options.

It’s All About the Commute

We were surprised to discover how large an impact employee commutes have on the carbon footprint of the company when we first did this exercise in 2009 (approximately two-thirds of the total carbon emissions). This year only emphasizes the importance of alternative and public transportation in reducing our carbon emissions given our growth in Lisle and Munster. Primera already provides mass transit subsidies to employees and the opportunity to buy transit tickets on a pre-tax basis. We encourage employees to be mindful of their commuting habits. Even at the Lisle office which is not well-served by public transit, we hope that alternate methods, such as carpooling, can be attempted where possible.

Other interesting facts for 2015: 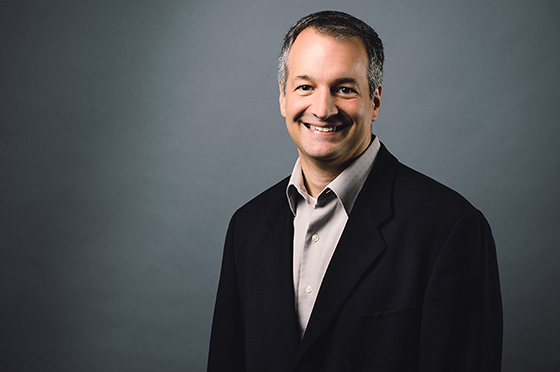 At Primera, we care about sustainability. Not only in the projects that we design, but also in how we can make ourselves a much greener company based on the way we conduct and maintain our business.