O’Hare Airport Concessions Taking Flight with Commitment to Sustainability
May 28, 2014

The Chicago Department of Aviation (CDA) recently announced that concession sales at O’Hare International Airport (ORD) for the month of February increased by 11% over the previous year, while passenger volume only increased 7% for that month. The total sales volume for February 2014 was more than $28.5 million which calculates to $11.72 per passenger[1]. There are a number of reasons why concession sales have recently increased at O’Hare. One being that CDA Commissioner Rosemarie Andolino has brought in higher quality offerings and an expanded variety of restaurants, shops, and services, many of which are locally-based. Another explanation is the recent multi-million dollar face-lift that Terminal 5 departure area received over the winter that updated the security screening area, restrooms and expanded the retail and food offerings in the international terminal. While the increased sales results are not surprising, given the CDA’s ambitious promotion of concessions, what might be surprising is the level of sustainability built into the development of the concessions at the airport.

The CDA’s Sustainable Airport Manual (SAM), which was developed and is administered by an oversight team that includes Primera, was instrumental in ensuring that the concessions were designed and built with sustainability in mind. The SAM, which has served as the guide for sustainable design and construction in the airport environment since 2003, includes provisions on how to design, build, and operate concessions and tenant spaces at the airport. Many of the newer concessions and tenants, including the Terminal 5 concessions, were required to submit SAM checklists that address sustainability in material selection, energy efficiency, and water use reduction, among others. These new tenant spaces have updated and fresh designs incorporating sustainable design elements, including recycled content finishes such as aluminum paneling and energy-saving LED lighting.

Established tenants could also voluntarily submit to have their operations rated according to the SAM guidelines for concession and tenant operations. Areas such as waste management (recycling, reduction, composting, etc.), green procurement policies, and social programs were evaluated and each tenant was rated according to the SAM. For example, a number of concessions eliminate waste by donating surplus food to local charities rather than throwing it out. Tenants are being asked, where feasible, to record their monthly utility costs and put programs in place to reduce utility consumption costs over time.

It is important to note that in April 2013 the CDA adopted a new Green Concession Policy that required all existing concessions to meet certain requirements by the end of 2013. Some of these policies include: a ban on all polystyrene foam (styrofoam) consumer packaging; a ban on petroleum-based plastic bags, disposable utensils and containers; procurement of green cleaning and hygiene products; and procurement of sustainable foods (fair trade, organic, etc.) for 20% of total food costs by 2016[2]. Despite initial difficulties procuring some of these products, concessionaires have made excellent progress in meeting the requirements.

Ultimately, with these policies and initiatives in place, the CDA and its tenant partners have been able to achieve the proverbial triple bottom line of sustainability. While promoting policies that reduce the impact on the environment (banning petroleum-based plastics, reducing landfill waste, promoting energy and water efficiency, etc.) and provide a positive social impact (locally-sourced construction materials and consumer products, food donations to charities, locally-based establishments and brands, etc.), the CDA and the concessionaires have also realized a positive impact on their financial health (increased sales) proving that it is possible and beneficial to promote all three elements of sustainability: financial, environmental, and social. 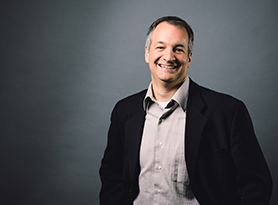 John is a Licensed Professional Engineer, LEED Accredited Professional, and Certified Flood Plain Manager with over 19 years of experience. His principle areas of expertise include sustainable design, storm water management, water and wastewater treatment, and environmental engineering. John has been involved in projects of these types on both a technical and management level for major clients that include municipal utilities, aviation, and private commercial, institutional, and residential developments. Sustainable design and construction practices are a key focus of his involvement on many of these projects.