Energy codes are mandatory and enforceable criteria adopted by local jurisdictions and regulatory agencies across the United States. Codes are adopted through state legislature and some have automatic adoption cycles when new versions of the codes are published. The latest publication of the International Energy Conservation Code was in 2012, which is currently being used in Illinois along with 10 other states and Washington, D.C. Its updates from the 2009 IECC included major changes to lighting controls which can drive lighting controls design decisions.

Examples of some of the changes include:

These specific changes along with a more stringent lighting power density requirement drive design decisions and costs. It is important to include owners, users, architects and lighting designers in the decision making process for lighting controls. When the design decisions are left only to the design team, the solutions may not result in a system that works best for a facility and the users. The drivers which are most important to the project can be captured during a design charrette evaluating key design criteria.

The minimum lighting control application needed in any space is a means of a manual control. The next most common control type is an occupancy or vacancy sensor which can be a stand-alone single room system. Anything at a higher level than this starts to include a wired or wireless network to connect devices which can remain local to a room or also expand into a suite, floor or building-wide system. Independent of the scale of the system is the discrete level of control for each fixture or lamp. There are choices to fulfill a bi-level, a multi-level and dimming performance requirement that should be considered before design selections occur.

There are a number of questions that can be asked in order to encourage a discussion at a lighting controls charrette such as: “Will there be daylight in the space?” “What are the facility goals for energy usage or savings?” or “What light source does the facility use?” among a number of other questions. Each party has a different agenda to meet and no individual party should drive all of the decisions. The end goal of the charrette is to create a Lighting Controls Narrative that can be used for all parties to follow through the implementation of design. As each phase of design progresses, budgets change, concepts develop, and the project usually moves in a slightly new direction. Having a Lighting Controls Narrative as a reference point gives all parties a document to use as a reminder for what the real drivers of the design are and to implement it accordingly.

Different energy codes can also drive design criteria and decisions. For example, in the image shown above, a corner conference room under IECC 2012 required 8 zones of light while ASHRAE 90.1-2010 only required 6. Each code has varying levels of detail and more often the ASHRAE 90.1-2010 method is more performance based. The example included 4 zones of lighting just for general illumination to make the space flexible and allow adjustments to each type of lighting fixture. In a simpler space the number of zones will be less.  After the selection of a controls system and design has been implemented, it is time to stay engaged throughout the construction process. To help protect the investment in lighting controls it is critical to ensure that the testing and training requirements of the contract are fulfilled. Also, it is an energy code requirement to commission this system and make sure it is functioning as designed. At this point, it is a good idea to revisit the Lighting Controls Narrative especially if it has been included in the contract documents.

In conclusion we recommend following these three steps to a successful lighting controls project: 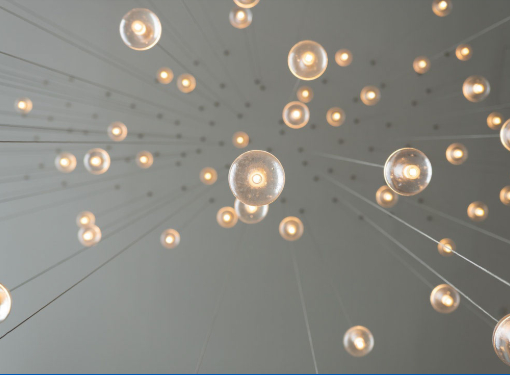 Different energy codes, such as ASHRAE 90.1-2010 and IECC 2012, can drive design criteria and decisions, as seen in the example (left). It is important to evaluate each when selecting a controls system that will benefit both the facility and the end user.