The Evolution of the Modern Substation
August 19, 2015

Since the inception of the power grid in the early 20th century, during the development of the alternating current system, the need for substations as the hub for protection and control became paramount to the delivery of safe and reliable electricity to consumers. Early systems were initially protected by fuses which later evolved into oil-filled circuit breakers in conjunction with analog electromechanical relays that became the standard for protecting and controlling the grid. These protection systems were designed to de-energize the smallest possible section as quickly as it could. One of the biggest benefits of electromechanical relays has always been their durability and long life span. However, in today’s modern world, the drawbacks are that that they are slower than the new microprocessors and their accuracy fades over time, requiring regular calibration.

Generally speaking, the power industry has historically been cautious to adopt new technologies. The reliability of analog relays and the criticality of the bulk electric system only welcomed small, gradual changes to protection schemes. In the 1960s, advancements in technology made way for discrete components to be used in electric system protection. This enabled the introduction of the solid state relay. These relays had quicker operating and reset times and no moving parts, giving them an edge over electromechanical relays. As computer-based technologies advanced further in the 1970s, a microprocessor relay was introduced in 1979. Through the 1980s, microprocessor relays were basically restricted to the theory of electromechanical relays. It wasn’t until later that they were actually able to replace a full relay package (Sachdev 2).

It took some time, but utilities eventually realized the pros outweighed the cons when it came to microprocessor relays. The benefits include “multiple setting groups, programmable logic, adaptive logic, self-monitoring, self-testing, sequence-of-events recording, oscillography, and ability to communicate with other relays and control computers” (Sachdev). Since a single microprocessor relay can replace multiple electromechanical relays, less panel space is needed which makes microprocessor relays a less expensive option. The drawback is that their lifespan is dependent on that of the individual electrical components, which is typically shorter than electromechanical relays.

As we’ve seen in the past, it sometimes takes a catastrophic event to force a change. On August 14, 2003, a massive blackout impacting as many as 50 million people prompted governing agencies to enact measures to improve the electric infrastructure in an effort to reduce outages and prevent widespread blackouts of this severity. These mandatory measures have driven utilities to invest in grid technologies to improve system reliability at a faster rate than before the blackout.

With the advancement of communication technologies, digital data can be collected more quickly and more accurately than before, allowing Supervisory Control and Data Acquisition (SCADA) systems the ability to monitor and control more points with less wiring. The relays that protect the equipment are able to monitor the health of the equipment, including transformer gases and breaker wear. This allows for more efficient maintenance programs that can extend the life of the equipment. This monitoring minimizes the chances of a catastrophic failure, thus preventing outages. Asset replacement programs can be more predictable and efficient with accurate, real-time equipment monitoring.

The synchrophasor is another notable advancement in power technology. Synchrophasors are devices that monitor voltage, current, power, etc. at a high sample rate. They use the time-stamping of a satellite clock and send the data, via SCADA, to a central location like an Independent System Operator (ISO) for monitoring. This is primarily used at utility interties and high voltage/high profile circuits. Utilizing multiple synchrophasors, ISO’s can monitor power flow from multiple sources and make decisions regarding system stability in the event of unintended outages. This allows dispatching systems the ability to react to negative system conditions in real-time and prevent blackouts from cascading.

Substation technologies continue to advance to increase capabilities, reliability, and reduce capital and maintenance costs. Automation is another driver in technology. An emerging substation automation standard being adopted globally is IEC 61850. This standard outlines a method of data collection inside the substation. Similar to Programmable Logic Controller’s (PLC) Modbus design, IEC 61850 defines a “Process Bus” where all data is collected and merged from current and voltage monitoring devices where it can be used by any relay. The relays are then able to make control decisions and forward information to the “Substation Bus” where it can be sent via SCADA or accessed remotely on a network. This method of data collection and data buses eliminates a majority of the analog wiring that is typically a significant cost in substation design (Mackiewicz).

The analog wiring that is used to connect current transformers/potential transformers to the relays is susceptible to failure and lacks the accuracy of digital signals. Running a network signal from a CT also eliminates the possibility of opening that CT which can result in major damage to that equipment or, more importantly, unsafe conditions for personnel. There are several drawbacks to a purely networked communication system, including the increase in complex logic that has to be rigorously maintained and stored. Likewise, methods of testing and commissioning must drastically change as manually sending discrete DC signals to the equipment becomes a thing of the past. Rather, all logic needs to be tested and verified for proper operation.  Additionally, the new substation automation standard IEC 61850 will require increased security measures. Security gateways will need to be installed before access to the Process Bus, amongst other cyber-security measures.

The United States has been pretty slow to adopt IEC 61850. As mentioned previously, the domestic power industry is generally cautious when incorporating new relay and communication technologies. Networks, fiber rings, and ethernet communications are still in their infancy stage in the U.S., so it’s now a matter of time, experience, and trust before IEC 61850 becomes more commonplace.

As we enter a purely digital world, substation technology is slowly following. New technologies bring accuracy, speed, decreased costs, and increased capabilities. As with anything, though, the benefits come at a price. Networked systems present an opportunity for cyber-attacks, new testing methods need to be adopted, and there needs to be continuous improvement of storage and upkeep of logic settings for every IED. If recent history tells us anything, the future substation will be 100% digital and smart. The real question that remains is, how long before this happens in the United States? 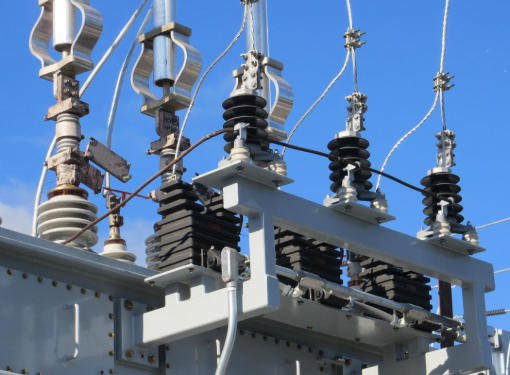 As we enter a purely digital world, new substation technologies are continuing to advance and are bringing increased capabilities, reliability, and reducing capital and maintenance costs.