As we prepare to show our gratitude to all service members this upcoming Veterans Day, we are proud to announce that our Director of Operations, Nick Sternowski, has been listed among Crain’s 2022 Notable Veteran Executives. One of just 22 honorees this year, Nick has not only found success throughout his career, but has lived an impressive life of service to others.

This year’s Notable Executives come from a multitude of backgrounds and work across many of Chicagoland’s different industries. The honorees profiled in this year’s Crain’s list include former military communications officers, platoon leaders, fighter pilots and nuclear engineers who have been deployed in regions ranging from Vietnam to Kuwait and West Point to submarine school. However, these individuals have more in common than their service to their Country – they have all made substantial contributions impacting and improving the lives of other fellow veterans as well.

Nick served in the United States Navy as a Submarine Warfare Officer and Lieutenant. Assigned to the USS Rhode Island (GOLD), Nick specialized in reactor design and operation, power generation, risk engineering and statistical analysis, and operational strategy. Due to his extensive expertise, Nick is also a two-time Battle Efficiency Award winner, certified Engineer Officer by the Department of Naval Reactors, and – as an Operations Shift Manager – was awarded the highest excellence rating by the Institute of Nuclear Power Operators. As a third-generation veteran, Nick takes pride in his role as an advocate for all veterans. Nick has served as both a member and a mentor for numerous employer veterans’ groups and is a proud supporter of the Navy and Marine Corps Relief Society.

As Director of Operations for Primera, Nick ensures that he leads in a way that is consistent with the core values of the U.S Navy – honor, courage, and commitment. He has been serving as a resource for the veteran community by using his expertise to mentor other veterans and help them navigate their professional careers. Nick partners with managers across Primera to drive performance, productivity, profitability, and innovation while maintaining accountability for safety and quality. He is also a proud member of the firm’s Diversity, Equity and Inclusion (DEI) Committee where he dispels misconceptions about the military experience and teaches non-veterans about the unique value that veterans bring to the workplace.

Crain’s Chicago Business is a regional business publication from Crain Communications, one of the largest privately owned business media companies with 21 leading business, trade and consumer brands in North America, Europe and Asia. It is a top source of news, analysis and information on business in metropolitan Chicago for decision-makers in the private and public sectors. 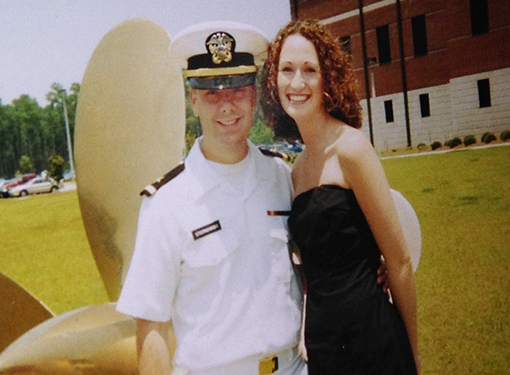 Crain's Notable Military Veteran Executives are selected based on their contributions to advancing the issues that affect veterans in the workplace or in the Chicago area. Honorees have not only achieved success in the business world, but have excelled in their volunteer efforts to help fellow veterans. Primera honoree Nick (pictured above with his wife) served in the United States Navy as a Submarine Warfare Officer and Lieutenant.