On June 30th, Primera celebrated with the Village of Westmont, Illinois at their grand opening ribbon-cutting ceremony of the James Addington Plaza. The Village dedicated this newly modernized train plaza in honor of the late and long-time Village public servant, James Addington. “His passion and volunteerism were second to none and part of his DNA. His love for family and community had no limits,” said Larry Forssberg, Executive Director of the Westmont Chamber of Commerce & Tourism Bureau. Mr. Addington’s civic service spanned five decades. From working with the Park District to serving as Mayor, his positive impact on Westmont’s residents will continue to ripple for years to come. Illinois State Representative Deanne Mazzochi also recalled, “He was the civic glue that bonded people in the community.”

Primera provided civil/lighting design services for this project and wanted to deliver a final product that would honor Mr. Addington’s life’s work and the Village’s vision. Intentionally placed and sculpted, the arch centerpiece at the entrance of the plaza represents the coming together of the community. Additionally, Mr. Addington’s initials are carved into the arch’s keystone, serving as a memorialization of his commitment as a keystone in the community. A section just adjacent to the plaza arch is made of permeable pavers, which are unique to the Village of Westmont. Being the highest point of the Burlington Northern Railroad, Westmont was the prime exporter of brick pavers. Primera’s team of engineers infused the same type of red pavers, serving as a nod to the Village’s history and point of pride. The pavers also provide stormwater runoff reduction, achieving best stormwater management practices.

Working alongside landscape architects at Design Workshop, the team thoughtfully placed greenery throughout the plaza. Additionally, modern features–such as integrated seat walls–now allow the plaza to host events in all Midwestern seasons. The project team created a beautiful space that will bring the community together for generations to come. Anthony Bryant, Transportation Engineer and Municipal Group Manager at Primera, was proud to be in attendance and looked back on his team’s work, “It’s a joy to be a part of this unique project in such a quaint, yet bustling town like Westmont. It’s been an honor to work with Mayor Ron Gunter, and the Village of Westmont, to bring their vision to fruition, and honor the life-long service Mr. Addington gave to Westmont residents.” 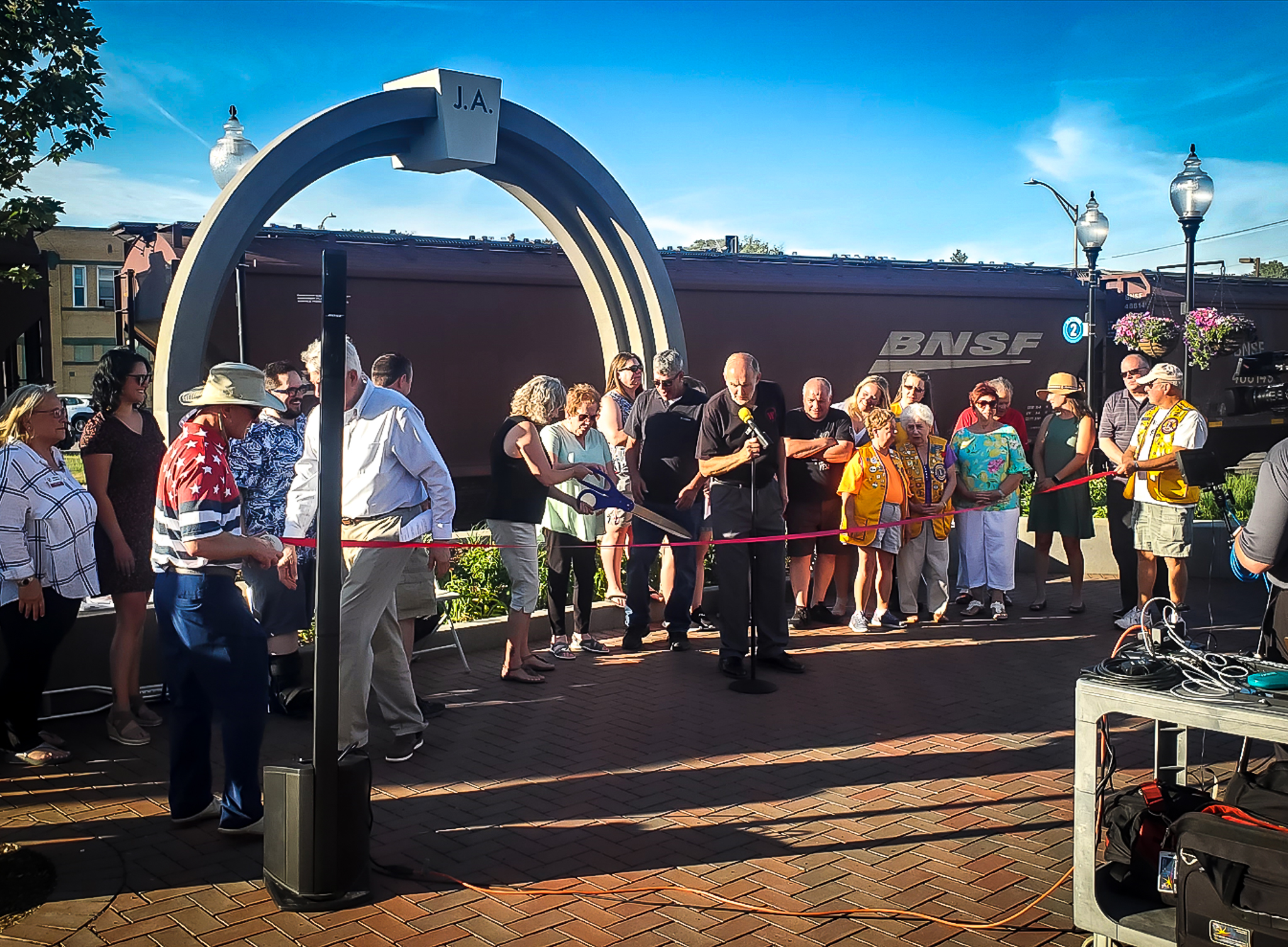 The Addington family and the Village of Westmont's Mayor, Ron Gunter, are pictured above cutting the ribbon to officially dedicate the James Addington Plaza. It was an honor for Primera to work with the Mayor and the community to bring their vision to fruition, honoring the life-long service Mr. Addington gave to Westmont residents.