Primera Engineers was proud to be in attendance last month for the ribbon cutting ceremony officially celebrating the completion of the eight-story air traffic control tower at Lewis University Airport (KLOT), located just 20 miles southwest of Chicago in Romeoville, IL. This decade-long, $8.2 million project, funded by the Federal Aviation Administration (FAA), the State of Illinois, and the Joliet Regional Port District, greatly expands and enhances the airport’s permanent air traffic control services. Work on the new air traffic control tower began in 2021 and will be fully operational by year’s end, servicing the Village of Romeoville, Will County and the Southwest Chicago metro area.

Primera’s team of aviation experts helped with the planning, design, and construction phase services for the development of a new access road, auto parking areas, and site utilities for the control tower, existing airfield lighting control vault, and the existing terminal at the airport. The new tower was constructed of precast concrete panels and a steel framed cab. It stands at a whopping 83-feet with a total gross building area of 4,309 square feet.

The site improvements and new tower not only provide increased safety but also facilitate a boost to the local economy. At least seven new full-time controllers will be employed at the tower, and plans are underway to finalize commitments for additional aircraft maintenance/storage, providing additional job opportunities in the region. 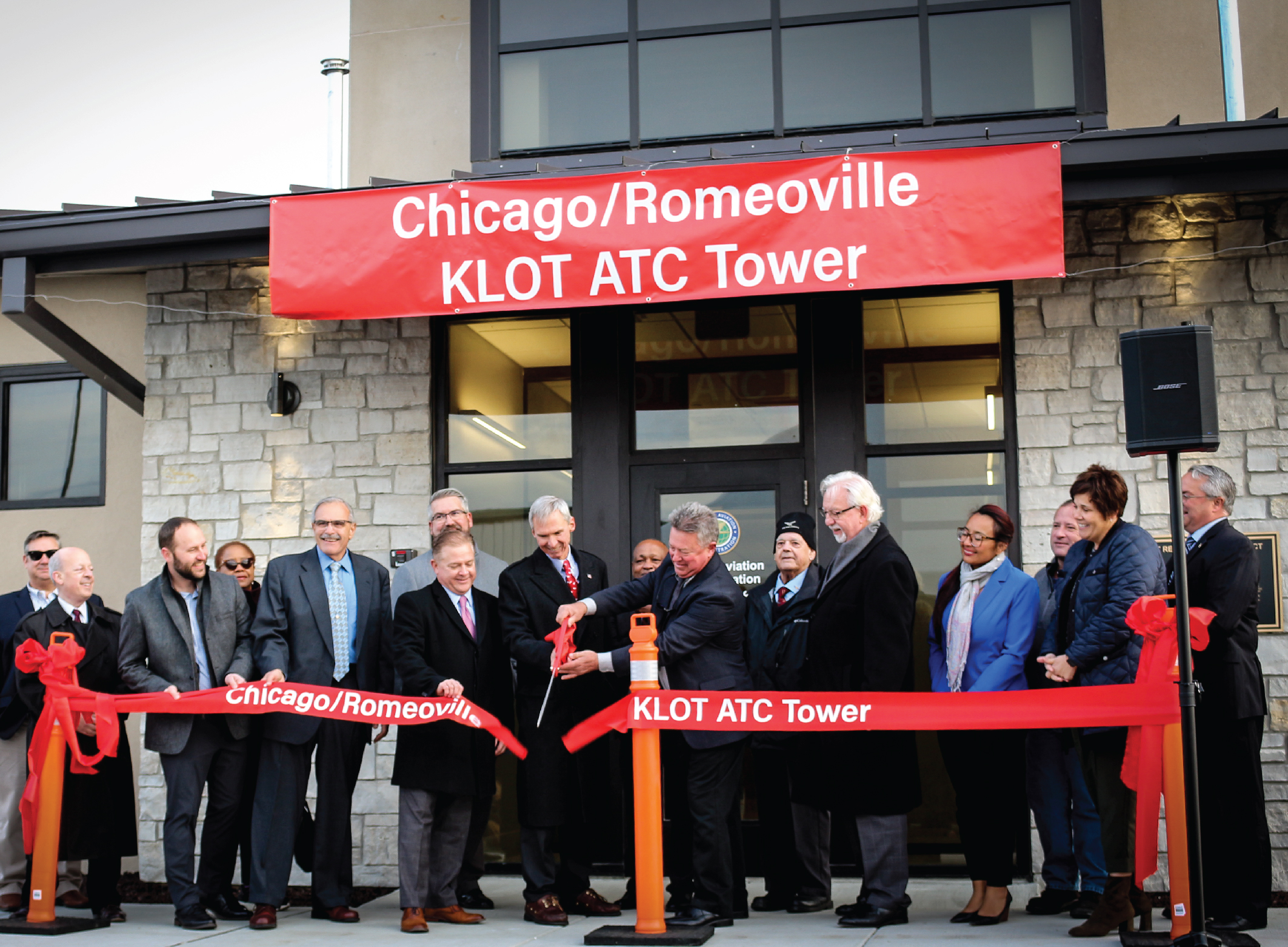 Primera was in attendance on November 14th for the ribbon cutting ceremony of the new air traffic control tower at Lewis University Airport in Romeoville, IL. The facility features two runways that facilitate between 100,000 and 130,000 takeoffs/landings per year and serves as home to nearly 150 aircraft.