The U.S. Green building Council (USGBC) awarded BBVA Bancomer’s Torre LEED Platinum certification in the category of Building Design and Construction (BD + C), thus becoming the only building in Mexico taller than 750 feet high to earn such recognition. It’s one of just three buildings in Mexico City to be certified LEED Platinum and will be featured at Greenbuild Mexico, the USGBC’s international conference, this June.

LEED Platinum for new buildings is considered one of the most demanding and difficult to achieve certificates in the World. It looks at everything from construction materials to electrical and hydraulic efficiency in addition to the comfort and the quality of life of the people who use it. The facility’s sustainable design includes the use of treated water and rainwater capture, an intelligent electrical system that results in savings of up to 20% of electricity, and 100% LED lighting.

Primera provided LEED consulting, LEED fundamental and enhanced commissioning, and energy modeling services for the 50-story, $650-million landmark project and was an integral member of the selection committee that reviewed the proposals of six international architectural firms that participated in the original design competition. The building, the second-tallest in Latin America, was designed by LegoRogers, a collaboration between Rogers Stirk Harbour + Partners and Mexican firm Legoretta + Legoretta. Jones Lang LaSalle and Turner Construction served as the Project Manager and Construction Manager respectively. The tower welcomed employees in early 2016.

“We are thrilled to have helped BBVA Bancomer reach this impressive milestone,” explains Lourdes Gonzalez, Senior Vice President at Primera. “We began working on the landmark project in 2009 when LEED and sustainability were very new to Mexico. BBVA Bancomer is now setting the standard for sustainability in the region.” 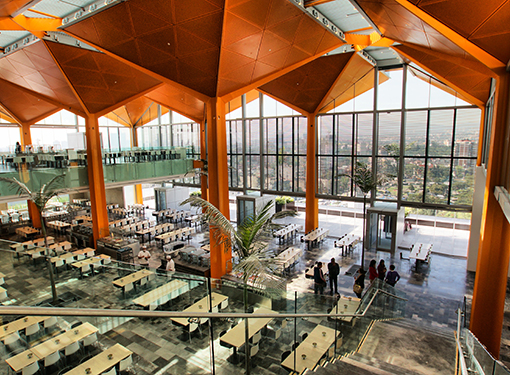 The tower was designed to enable power and water savings of 30% and 25%, respectively. Its contemporary design and engineering solutions used for optimizing energy consumption minimize its impact on the environment and contributed to LEED Platinum certification.